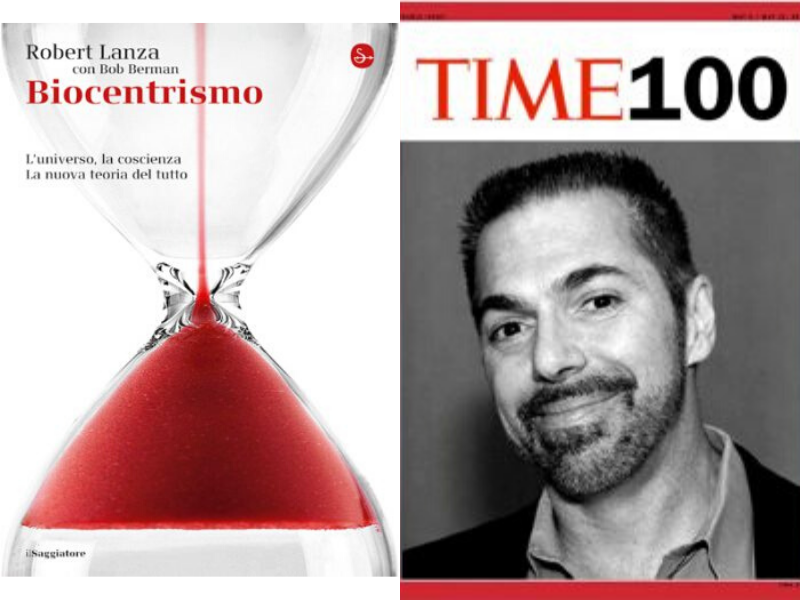 Robert Lanza, writes the fascinating theory “Biocentrism: a New Theory of the Universe” based on Biocentrism in which he exposes the revolutionary vision of life that creates the universe instead of the contrary, attributing the responsibility of creation to the observer rather than the observed. The idea that consciousness creates reality is supported by quantum physics, is consistent with aspects of biology and neuroscience and takes into account all the knowledge we have acquired over the last few centuries.

This theory is also consistent with the most ancient traditions of the world which affirm that consciousness conceives, governs and becomes a physical world. Lanza therefore suggests that we are the ones giving meanings to the particular configuration of all the possible results that we call reality.

Biocentrism has shocked the world with a radical rethinking of the nature of reality. But it was only the beginning of a series of investigations. In 2016, Lanza wrote an in-depth book on biocentrism entitled “Beyond Biocentrism: rethinking Time, Space, Consciousness and the Illusion of Death”. Beyond biocentrism provides a more in-depth exploration of the topic, including key issues of death and important insights on topics such as awareness in the botanical world, the way we obtain information and artificial intelligence.

Robert Lanza is considered one of the most important scientists in the world. Author of more than thirty books and hundreds of scientific researches, he has been recognized by Time as one of the most influential people on the planet.